Like all ancient civilizations, traditional Chinese philosophies had a very non-modernist take on genders, with defining characteristics for both men and women. However, such a view did not emerge with an intent to discriminate, but from a wisdom that realized that men and women are essentially different and must be assigned unique roles, fitting in with their attributes, for the benefit of society.

Chinese philosophers described a dominant male and a submissive female as the foundation of a society. The husband was to be Yang in the relationship who worked and supported his family while the woman provided the love and care necessary for the upbringing and keeping of the family.

The Record of Rituals, a collection of ancient Chinese texts, states that China’s ruling monarchs used to give immense respect to their wives. In exchange, the wife was said to maintain an attitude of deference in the household. In the Biographies of Exemplary Women, written in 18 B.C., the writer argues that the relationship between a husband and wife was the foundation of a stable society. Scholar Liu Xiang, born in 77 B.C., noted that morality starts with a strong family, which then reflects in the society.

Violation of the Yin and Yang relationship between men and women was said to result in major social disorders. Considering the high number of divorces, fatherless children, and crime rates plaguing modern societies, the traditional Chinese recommendation of ensuring a strong family system with a male head and female caretaker seems to be the most stable path to maintain a society.

Empress Zhangsun: A role model for traditional women
Empress Zhangsun, who lived in the 7th century B.C., is an excellent example of a traditional Chinese woman. She married Emperor Taizong at the age of just 13 years old and acted as an excellent wife and queen. Zhangsun was said to be compassionate, wise, and lived humbly, staying away from a luxurious lifestyle.

Her wisdom and character can be understood by looking at the circumstances surrounding her death. In 635, she fell terribly ill. Emperor Taizong was advised to grant amnesty to a few prisoners and send them to a temple so as to gain the blessings of Heaven. However, Zhangsun told her husband not to follow through with the advice since she did not want country rules to be violated for her benefit.

“Life and death are a matter of destiny, and wealth and honor are the wills of Heaven. If doing good deeds can indeed extend one’s life, then I have never done bad deeds in my life. If doing good deeds does not affect one’s lifespan, then what’s the good of seeking fortune? Giving amnesty to prisoners is a national affair and the Taoist temples are quiet places. There is no need to interfere with these places because of me. Why violate the rules and principles of this country because of a woman?” she said.

Empress Zhangsun succumbed to her death in 636 B.C. and still remains a role model of how a traditional woman should be — a strong support for her husband. Many modernists will take offense to the idea that females were meant to support.

When you take in the concept of leadership, the leaders in the highest rungs understand that to lead means to serve. It is not easy nor is it possible for everyone to serve properly. To do this, one must carry the qualities of kindness, empathy, tolerance, and wisdom.

The strengths of women are unique and not to be found in men. Their attributes complement each other like the sky and the earth to enable the flourishing of life in-between. When roles are defined, the order is established and there is no longer chaos in society.

Ancient Chinese women were devoted and nurturing of their families and efficient in managing households. When men went to work, the women, educated in the classical arts, maintained the foundations of their house in order, which enabled peace and prosperity.

In Chinese philosophy, too much of something, i.e. Yin or Yang, disrupts the balance. When men acquire feminine characteristics or women, manly attributes, the balance has completely gone off-track and will result in a society filled with misery and internal afflictions that will not survive for long. 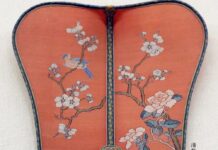 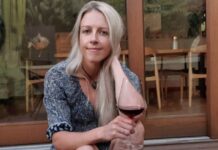 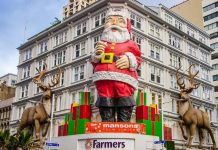